COVID19: Yes, we are open! See how we’re preserving the health of our customers and protecting their property.
Disease-Carrying Mosquitoes

For the past two decades, mosquito-borne disease has been a growing threat throughout the United States, particularly in the southern and eastern halves of the country. Last year, researchers surveyed mosquito populations in every region of the contiguous US in order to determine where disease-carrying mosquitoes pose the greatest threat to citizens. Results showed that central Texas was among the most mosquito-heavy regions in the country, and seven cities in the state were listed on the top 50 most mosquito-populated cities in the US. According to the list, the central Texas cities of Waco, Temple and Bryan each tied at number 41, and the cities of Dallas and Austin, each of which are located 90 to 100 miles away from Waco, were listed as the 2nd and 20th most mosquito-heavy states in the country, respectively. Unlike last year, Mclennan County has not seen any human cases of mosquito-borne disease so far in 2019, and this will likely remain the case, as mosquito-borne disease cases reach their peak in September and October in the state.

Texas is home to 85 mosquito species, 26 of which can be found in Mclennan County, and unfortunately, all three disease-carrying mosquito species in the state can also be found in Mclennan County. In recent years, Mclennan County has documented locally transmitted cases of the West Nile virus, and travel related cases of chikungunya, dengue fever and malaria, but mosquitoes in the county are also capable of transmitting St. Louis encephalitis to residents. Two mosquito species in the county, Aedes aegypti and Aedes albopictus, are capable of transmitting chikungunya, the Zika virus and dengue fever to humans, while Culex pipiens can transmit St. Louis encephalitis and the West Nile virus. Unlike most mosquito species, the three disease-carrying species in Texas dwell in urban and residential areas where they rely on stagnant water for reproduction. Stagnant water collects in objects commonly found in yards such as kiddie pools, cups, grills, bottle caps, clogged gutters, potted plant saucers, beer cans, bird feeders, and wheelbarrows. If all residents of Mclennan County were to keep their yards free of these water sources at all times, disease-carrying mosquitoes would not only stop congregating in residential areas, but their population numbers would decrease dramatically. Pest control professionals can treat properties where mosquito pests are particularly abundant.

Are you concerned about the possibility of a mosquito-borne disease outbreak occurring in your area? 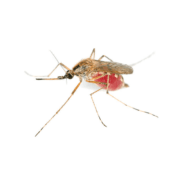 A New Disease-Carrying Mosquito Species Has Been Discovered In Waco 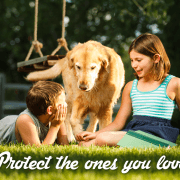 90% Of Central Texans Have Been Attacked By Red-Imported Fire Ants, Making The...
Schedule Your Free Inspection
Scroll to top