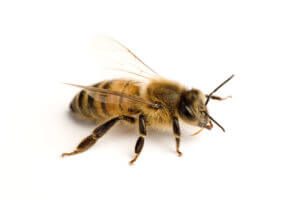 Just about any animal, no matter how primitive, can be trained to do certain things. You may assume that insects are too simple to be effectively trained, but you would be wrong. Surprisingly, it is not too difficult to train an insect by resorting to classical conditioning. Back in 1988, two entomologists, Joe Lewis and Jim Tumlinson, joined a study that proved insects can learn through association. At the time, this study was a big deal, as most scientists were unsure as to whether or not insects could learn from humans. This study was only the beginning of a long effort to militarize certain insect species.

Since the 1988 study, the Defense Advanced Research Projects Agency (DARPA) has been interested in mastering insect training. The Insect Sensor Project, like DARPA, also became interested in how trained insects can be of benefit to the US military. These two government entities, as well as many others, have come a long way in the field of insect training. In fact, experts have recently trained bees to sniff out landmines in Croatia. This is pretty advanced behavior for a bee, but any insect can, theoretically, learn through conditioning.

Not long ago, researchers successfully trained wasps to associate certain odors with certain prey animals. Amazingly, it took researchers less than five minutes to train the wasps. Bees also have powerful olfactory senses that can be manipulated for the benefit of humanity.

When it comes to using animals to sniff out particular odors, most people think of dogs, but a bee’s olfactory sense is thousands of times more powerful than a humans. This puts bees on the same level as dogs when it comes sniffing out particular odors. Recently, researchers taught bees to associate the smell of their favorite foods with explosive landmines. This may seem like a strange thing to do, but the bees have been great at tracking down old landmines throughout eastern Europe.

Do you think that bees can be more effective than dogs when it comes to tracking down certain odors?