COVID19: Yes, we are open! See how we’re preserving the health of our customers and protecting their property.
Potential Danger ofHobo Spiders

Those who fear spiders may find it hard to believe that their fear is not shared with everyone else on the planet. After all, what is there to like about spiders? Spiders, are multi-eyed, multi-legged, sometimes hairy, fanged and often intimidating despite the expert claim that most spider species are ultimately harmless. Around 5 percent of the population suffers from arachnophobia, and statistically speaking, there exists no rational reason to fear spiders, as data suggests that a mere 100 human deaths occurred as a result of spider bites during the whole of the 20th century. While the majority of dangerous spiders have been well researched by scientists, there does exist some disagreement among experts concerning the potential dangers that hobo spiders pose to humans. Some experts say that past claims concerning this spider’s purported dangerousness to humans has been exaggerated, while others claim that this species, which exists here in the United States, can cause serious medical problems that could result in death in some cases.

The hobo spider is a moderately large arachnid, as they typically grow to be around ¼ to ½ of an inch in length with a leg span of up to 2 full inches. Nobody knows for sure how the hobo spider arrived in North America, but experts believe that it was brought to the Seattle, Washington area from its native Europe at some point during the 1920s or 1930s. Since then, this spider species has spread across the Pacific Northwest. Many sources claim that hobo spiders can inflict bite wounds that can lead to tissue necrosis, but others say that such instances are exceptionally rare. What experts can agree on, however, is the unusually rapid speed in which these spiders can travel. Studies demonstrate the hobo spider as moving at 3 feet per second. So if you encounter the hobo spider and live in the northwest US, you want to be in good physical shape if you hope to avoid its notorious bite.

Have you ever encountered a hobo spider? 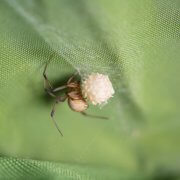 Petco Is Being Accused Of Mistreating And Selling Dangerous Tarantulas

Longjawed Orbweavers Are Very Common Indoor Spiders, And They Are Known For Building Massive Webs That Can Span Large Sections Of Suburban Areas

Of The 900 Spider Species In Texas, There Are Two That You Never Want To Find Within Your Home

Spiders That Kill Snakes, And Other Arthropods That Kill And Consume Large Animals

Do Tarantulas Exist In All Regions Of Texas? Are Any Species Dangerous?

The Brown Widow Is Commonly Encountered Within Homes And Buildings In Southern Texas, But This Exotic Species Is Rapidly Expanding Northward
0 replies

You Won’t Believe Why Women Are Gluing A Well Known Killer Scorpion Species...