COVID19: Yes, we are open! See how we’re preserving the health of our customers and protecting their property.
Skunk’s Defensive Spray

The skunk is endowed with a unique defensive ability. Unlike many other wild animals that rely on claws or te 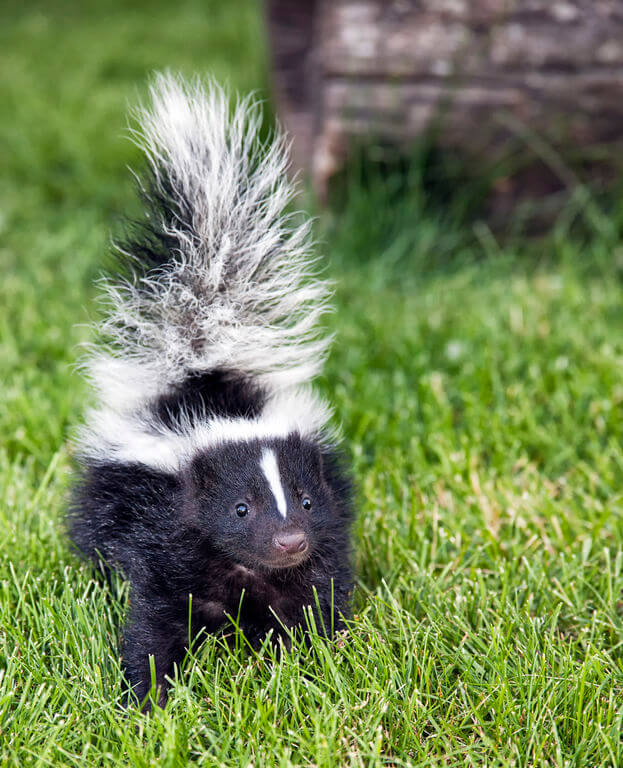 eth for defense, the skunk possesses a physical feature that allows it to spray predators with a vile smelling fluid. Generally, mammals inflict pain and injury during violent conflicts, but the skunk repels enemies with the power of disgust. As it turns out, skunks are highly reliant on their spray for defensive purposes, as skunks are flat-footed creatures that are not built for swift movements or fast getaways. In fact, the skunk is not able to outrun any of its predators, as they only travel at a maximum speed of ten miles per hour. The skunk’s extreme slowness relative to other wild animals may be the reason for their unique and highly effective defensive feature. When a skunk perceives a threat from another animal, it sprays a yellow-colored musk that has an oily consistency. This foul smelling musk is ejected from two anal scent glands located beneath a skunk’s tail. While this musk is not permanently harmful, it is very difficult to remove and the odor can linger for weeks and often times for much longer. Humans and all other animals respond similarly to skunk musk, but when an unfortunate human is sprayed directly in the face with skunk musk, terrifying physical symptoms result.

Skunk musk contains sulphuric acid, which is why this musk causes temporary, but complete blindness when it makes contact with a human’s face. In addition to blindness, skunk musk also induces a burning sensation that is accompanied by tremendous itchiness in the eyes. Direct exposure to skunk musk could be highly problematic for people with asthma or other respiratory ailments, as concentrated skunk musk can result in labored and even obstructed breathing. If, by some small chance, skunk musk were to be sprayed directly into a person’s mouth, extreme dizziness, vomiting and diarrhea would certainly result. Happily, there is no documented instance of a human dying as a result of being exposed to skunk musk.

Have you ever made physical contact with skunk musk? 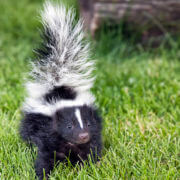