COVID19: Yes, we are open! See how we’re preserving the health of our customers and protecting their property.
Termite Colony | Waco Termite Control

Since termites are among the most ancient of insect groups, these small, but hardy insects have evolved many adaptations that have allowed them to survive even the harshest of environmental conditions. Subterranean, drywood and dampwood termites live in colonies that produce groups of swarming reproductive termites known as “alates.” Alates emerge from existing mature colonies during a specific time frame each year, but this time frame varies by species. The continued existence of termites on this planet depends on the ability of reproductive alates to find a mate and start a new colony as queen and king, but a typical termite swarm is comprised of thousands of alates, and only a few, or possibly none at all, will survive long enough to start a new colony. When a large number of alates, workers and soldiers from a mature colony die off, queens can produce an alternate class of reproductives in order to restore a colony’s strength and ensure its continued survival.

Generally, a subterranean termite colony contains workers, soldiers and the royal pair (queen and king). Workers are responsible for locating food sources, building nests, and grooming offspring. Soldiers exist to defend their colony, particularly the royal pair, from predatory attacks. The queen and king constantly reproduce in order to build a mature and self-sufficient colony. Queens lay around 1,000 eggs per day, and they release pheromones that determine whether larvae will mature into workers or soldiers. After a period of time lasting anywhere from one to ten years, depending on the species and the external conditions around a nest, a colony will mature to the point where queens must produce reproductive alates.

When a colony nest becomes damaged due to a predatory attack, an environmental event, or from construction projects, a large proportion of a colony’s inhabitants may die. When such events occur, a colony may not be able to survive, so in order to rapidly repopulate a nest with more workers and soldiers, queens release pheromones that prompt asexual workers and nymphs to develop into secondary and tertiary reproductives. These backup reproductives are capable of producing more workers and soldiers for a colony in need, but unlike reproductive alates, secondary and tertiary reproductives do not have wings, and therefore, cannot swarm. This makes sense, as backup reproductives are not produced for the purpose of establishing additional colonies as future queens and kings, but rather to provide much needed labor when the number of workers or soldiers within a colony becomes dangerously low. No matter how many termites are killed within an indoor colony, pest control professionals must always destroy the queen in order to fully eliminate an infestation.

Have you ever examined structural lumber that had been infested with termites? 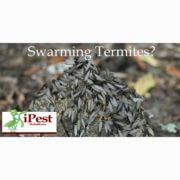 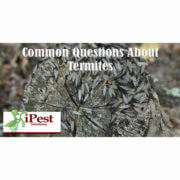 Do All Termite Species Produce Large Amounts Of Greenhouse Gases?