COVID19: Yes, we are open! See how we’re preserving the health of our customers and protecting their property.
How To Tell If You Are At Risk Of Contracting A Tick-Borne Disease

Ticks are unstoppable these days, as their populations are increasing along with the prevalence of tick-borne diseases. Before the tick scare occurred in the United States, it was not uncommon to find ticks embedded in the skin after visiting forested areas in certain regions of the US. Back when ticks were not viewed as the threat that they are today, people simply used tweezers to pull them away from their skin. These days finding a tick embedded in the skin is a much bigger deal, and people are becoming concerned upon finding them. In order to address these concerns, Thomas Mather, a professor of public health entomology at the University of Rhode Island, started the free service known as Tick Encounter. This organization offers a free tick service for those who find ticks on their skin. The service connects bite victims with tick experts so that the tick culprits can be identified and the victim’s chances of developing a tick-borne disease can be assessed. 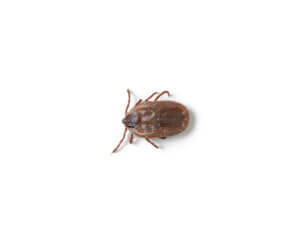 Maher estimates that ticks bite billions of people each year, but only around 30,000 people per year contract tick-borne lyme disease. However, this figure only applies to people living in America. According to Maher, the chances of developing a tick-borne disease following a tick-bite ranges from zero to fifty percent. The exact probability of developing infection as the result of a bite depends on three factors. These factors include the tick species, what region it came from, and the amount of time in which the tick had been feeding. First the species of tick must be identified, and there are only two different species that cause lyme disease; one is the blacklegged tick, or deer tick, as some people call them, and the other is the western black legged tick. However, if you’re wanting to feed deer but you’re wanting to be smart and keep your distance from the possible transporters of black legged ticks, you can visit here to look at deer feeders that you can install in an area where deer tend to be found. Luckily, if you have sustained a bite from a different type of tick, you do not have to worry about contracting lyme disease. However, you will have to consider a host of other less common, but debilitating tick-borne diseases, such as Rocky Mountain spotted fever.

Have you ever identified a tick that you had found embedded within your skin?