COVID19: Yes, we are open! See how we’re preserving the health of our customers and protecting their property.
Identify Deer Mice, White-Footed Mice And House Mice 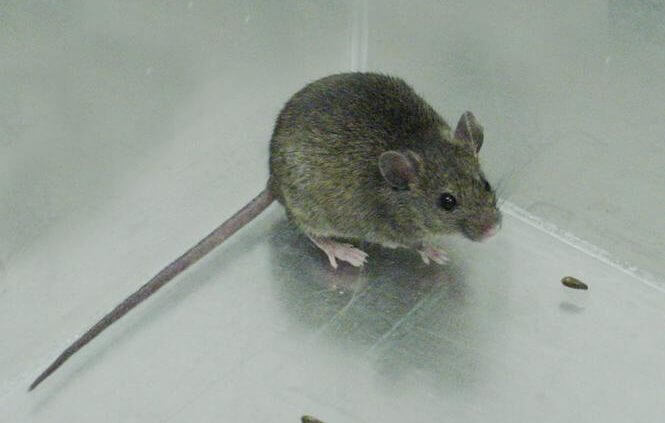 Rodent pests infest homes in central Texas all year round, and the most commonly managed rodent pest species are house mice, Norway rats, deer mice and white-footed mice. It is important for homeowners to learn how to identify common rodent pest species, as each one differs somewhat in their pest behaviors and the hazards they pose to humans. The White-Footed mouse (Peromyscus leucopus) and the Deer mouse (Peromyscus maniculatus) are very similar in appearance, and it often takes a trained professional to tell the difference between the two. These two rodent species are between 3 and 7 inches in length and both have white underbellies and reddish-brown fur coats. They are considered more pleasing to the eye than house mice due to their larger eyes and ears. Also unlike house mice, deer mice and white-footed mice are not associated with the foul odor that typically accompanies house mouse infestations.

While house mice invade homes throughout the year, deer mice and white-footed mice prefer to dwell outdoors, and they tend to establish shelter within homes in order to escape the winter cold and other extreme weather conditions. These two species are not as likely as house mice and Norway rats to repeatedly seek out stored foods, as deer mice and white-footed mice share a similar diet that consists of seeds, nuts, berries, fruits, insects, and carrion. However, all rodent pests of homes are known for feeding on stored foods, and any foods that have made contact with filthy rodents should be discarded to avoid disease or food-borne illness. All rodent pests mechanically spread disease-causing microorganisms to humans, most notably house mice and Norway rats. The deer mouse has also been responsible for spreading Hantavirus, which is a serious disease that can be deadly. Because of the Hantavirus threat associated with deer mice, homeowners should be well protected with a face mask and gloves when carrying out post-infestation cleaning projects.

Have you ever encountered a wild mouse that was not a house mouse?

The Three Primary Rodent Pests Of Homes And Buildings In Texas

The Most Common Routes That Subterranean, Drywood And Dampwood Termites Take...
Schedule Your Free Inspection
Scroll to top