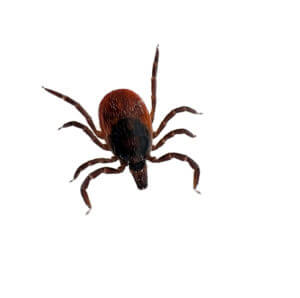 Summer is officially here and that is the time when kids are free from the worries of school for a brief few months before having to go back to what is in every kid’s mind legalized child slavery/prison. Unfortunately, adults don’t get to take this same break, and so often need to figure out how to keep their children occupied while they still have to go to work every day. One common solution to this problem is the institution of summer camps. Every summer kids travel in droves to different summer camps, be they day or sleep-away, a themed camp, or just a regular old, generic summer camp set up in the middle of the great outdoors. Of course, that is one aspect about children going to camp that parents also have to consider; the dangers that may await them when they get there.

Along with the swimming, arts and crafts, roasting marshmallows, and other fun activities provided at summer camps also comes the less obvious danger of the natural environment they will be staying in. The entire country is suffering from the threat of ticks and mosquitos this summer, so why should summer camps be any different? More than 1,600 summer camps part of the American Camp Association open their doors to bored children everywhere, and one third of those camps are in states where getting Lyme disease from an infected tick is becoming a bigger and bigger problem.

Not just parents are taking this seriously, however, as many of the adults that own and run camps are also extremely concerned. Lauren Rutkowski, along with her husband Joel, owns Indian Head Camp for children in Equinunk, Pennsylvania, which hosts around 650 children every summer. Lyme disease has already been a big problem for the camp. Since the summer of 2010, around seven to eight campers get tick bites at Indian Head, with three to four of them actually contracting Lyme disease. Her son was bitten by a tick in 2014, but while he did not contract the illness, the scare made Rutkowski take action against those ticks and mosquitos. She now uses the services of Ivy Oaks Analytics, a service that fights against ticks, spraying the perimeter of the camp with pesticides, and giving advice about how to get rid of the habitats where ticks actually breed to help better control the tick population. Isaiah Ham started the company after he had a similar experience, with one of his campers contracting Lyme disease after being bitten by a tick while he was a camp counselor in college. There are also companies like Mosquito Authority that can specifically help ward off mosquitos, just like Ivy Oaks does with ticks, to make sure that kids are able to enjoy themselves at camp but stay safe in the process.

Has your child or the child of someone you know ever contracted a disease from a tick or mosquito bite while at summer camp?