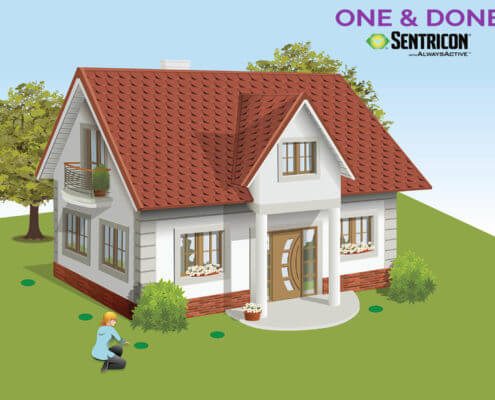 When considering all animals, it is generally understood that animals with rapid reproductive rates live shorter lives, and animals that are less fertile live longer lives. This is almost always the case in the animal kingdom, but it seems that termites may be exempt from this biological rule. Termite queens and kings, as many of you already know, reproduce at incredibly rapid rates. Given this fact, a termite reproductive’s lifespan should be very short in duration. However, a termite colony’s royal pair actually live as long as twenty, thirty or even forty years. Amazingly, royal termites from some colonies are reported to live for as long as fifty years. So why is this? Recently a group of researchers set up several experiments aimed at finding an answer to this question.

Researchers have recently published a study in the Proceedings of the National Academy of Sciences, that has shed some light on the genetic peculiarities that allow royal termite pairs to live for several decades. The researchers from the Zoology Department at the University of Freiburg, chose to study one of the most reproductively successful termite species as a model in their study. This species is known as Macrotermes bellicosus, and they are actually the most reproductively successful terrestrial animals that exist. Macrotermes queens lay around twenty thousand eggs per day, which makes them highly fertile to say the least. Despite the Macrotermes queen’s high reproduction rate, these queens live to be around twenty years old. According to Ph.D. student Daniel Elsner and Dr. Karen Meusemann, Macrotermes workers and queens possess identical genomes, but workers only live for five years at most.

After comparing the specific genes between Macrotermes queens, kings and workers, researchers found that queens and kings appear genetically identical, even when they are years apart in age. However, the workers, although much younger than the royal pairs, had an added genetic mechanism that makes them age faster than royals. The workers possessed what are called “jumping genes”, which are genes that replicate automatically. When genes replicate, mistakes can occur, and mutations are common. Obviously, reproductive queens and kings are responsible for breeding every individual termite in a colony, so they cannot afford to risk genetic mutations that result from jumping genes. If the royal pair possessed jumping genes that cause mutations, then a colony would become genetically compromised, resulting in colony death. Luckily, for termite queens and kings, the absence of jumping genes has the added benefit of preventing aging.

Have you always wondered why termite queens and kings lived unusually long lifespans?