COVID19: Yes, we are open! See how we’re preserving the health of our customers and protecting their property.
Medically Serious Scorpion Sting Incidents Occur Each Year

Scorpions are primitive organisms that inhabit a variety of regions throughout the world, and along with spiders, they are among the hundred thousand documented species in the class Arachnida. Around 1,800 scorpion species have been documented worldwide, 25 of which are considered medically harmful. Dozens of scorpion species have been documented as inhabiting the United States, most of which can be found in the southwest, but several species dwell in the southeastern and even midwestern states as well.

Striped bark scorpions appear similar to all other scorpion species in that they possess the characteristic lobster-like pincers and stinger-equipped tail that is perfectly designed for striking enemies. This species can be recognized for its 2 to 2 ½ inch long body that ranges in color from tan to yellow and features two dark colored stripes running vertically down its back. These scorpions are encountered throughout the year with the exception of the coldest winter months, and they readily invade homes in large numbers to seek refuge from excessive bouts of heat and/or to seek moisture during periods of dry climate. Unlike many scorpion species, striped bark scorpions are capable of climbing walls and they frequently congregate in attics, wall voids, and on the shaded exterior sides of homes.

Striped bark scorpions are not motivated to sting humans unless they become disturbed or are mishandled, but medically significant scorpion sting incidents are frequently reported in the US, especially in Texas. According to data obtained from US poison control centers, Texas follows only Arizona as the state with the greatest number of annual scorpion sting incidents reported to poison control authorities each year. Between 2005 and 2015 an average of nearly 20,000 scorpion envenomation incidents were reported to Texas poison control centers annually, with San Antonio, Dallas and Austin as the most commonly affected areas.

Have you ever sustained a scorpion sting on your property? 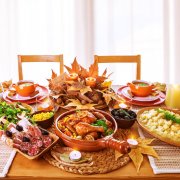 Fall Into A Pest Proofing Routine
Scroll to top