COVID19: Yes, we are open! See how we’re preserving the health of our customers and protecting their property.
Most Harmful Aspect Of Chipmunks

As a whole, rodents are not typically associated with the cuddly-looking animals that humans consider to be “cute,” but chipmunks may be an exception. Chipmunks are clearly adorable, but they are not spotted in the wild as commonly as many other types of rodents, such as squirrels or raccoons. Cartoon characters like Alvin and the Chipmunks have portrayed chipmunks as pleasant and lovable animals that can sing and talk. Although young children rapidly learn that Alvin and his friends are not representative of real life chipmunks, children generally learn little else concerning the true nature of these lesser discussed rodents. However, it may be wise to give chipmunks the same amount of attention that racoons and skunks receive when it comes to the harm that they can cause to humans. Even many adults would admit to being ignorant of the dangers posed by chipmunk encounters in the wild. While many adults may know that chipmunks are considered pests to homes and yards, it is not well known that chipmunks are partially responsible for outbreaks of lyme disease. 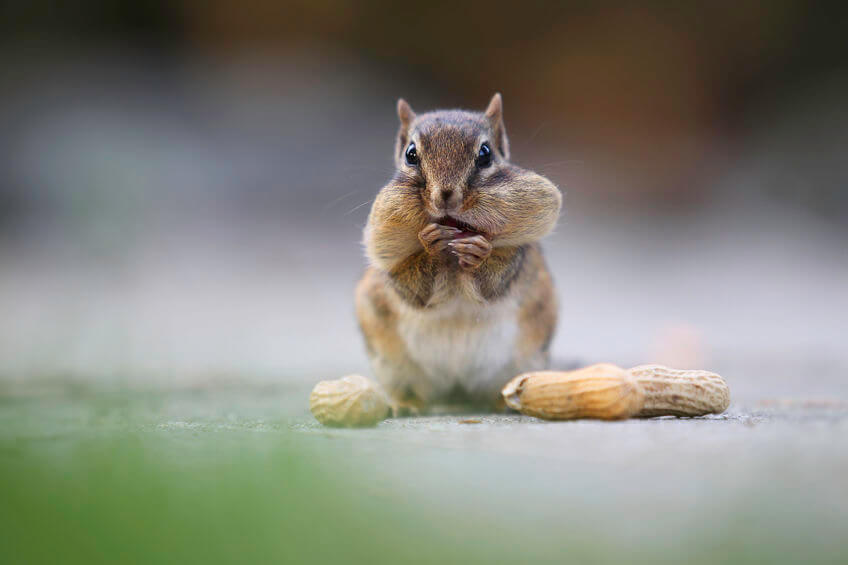 Lyme disease is a common disease in America, especially in the northeast region. Every year, around 30,000 Americans fall ill as a result of contracting lyme disease, and this number is growing significantly with each passing year. Lyme disease is transmitted to humans through tick bites, but ticks acquire the disease from various types of mammalian wildlife, such as mice and deer. In fact, biologists have been administering lyme vaccinations to wild mice dwelling in forests in an effort to decrease the spread of lyme disease among animals. However, researchers are not doing enough by vaccinating mice, as thirteen percent of all lyme-carrying ticks acquired the lyme-causing pathogen from chipmunks. Luckily, chipmunks cannot spread lyme disease directly to humans, but chipmunks can spread rabies as well as several different parasitic infections to humans, such as roundworm, just to name one. Chipmunks have also been known to transmit lice and mites to humans, and a bite from a chipmunk is likely to result in infection due to their pathogen-rich saliva. While parasitic infections and mites are a concern when encountering chipmunks, the most dangerous aspect of these rodents is their capacity to facilitate the spread of lyme disease.

Do you think it is necessary to educate children about the dangers posed by chipmunks in the wild?

Opossums May Just Save the Life of Snake Bite Victims