The Musician Who Performs With Seven Hundred Crickets 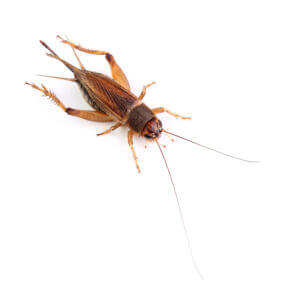 Music, whether it be classical, modern or exotic, has been a continual source of pleasure for as long as humans have existed. It could be said that humans are not the only organisms that create music, as insects such as crickets and cicadas are well known for creating their own songs, so to speak. Describing the sounds that some insects make as “music” may seem like a stretch to some people. However, while insects may not be able to produce melodic sounds, some insects do produce rhythmic sounds that entomologists normally label as “songs”, or “mating songs”. In fact, it has been argued that humans create music in order to impress the opposite sex, which increases the chances of finding a mate. As it happens, many insect species create songs in order to attract mates as well. Therefore, for both humans and insects, music is created in order to satisfy the same biological demands. Surprisingly, some past cultures found aesthetic value in the rhythmic sounds that are produced by certain insect species. Back in 2007, one man became convinced that modern people could also find value in insect songs; this is why he staged an orchestral performance that included both human and cricket musicians. After the concert became popular, another insect concert had been staged by another musician. However, the first insect concert utilized cricket sounds in a variety of creative ways.

There are many people who find insect songs to be a major source of annoyance during the summer months, but the people of ancient China valued insects for their songs. Keeping crickets captive in order to regularly hear their songs was a hobby originally practiced by the aristocracy of the Tang Dynasty some fourteen hundred years ago. Sometime later, concubines kept singing insects in nearby cages made of gold in order to symbolize their own luxuriously captive conditions.

For the past several decades, a musician and cricketmeister named Lars Fredrikkson has been breeding crickets in order to apply their songs to his own music. Fredrikkson staged a concert ten years ago that saw insects in bamboo trays that had been suspended from the ceiling. This location created the acoustic effect that Fredrikkson had been hoping for. Fredrikkson also maintained a strict internal temperature. When the temperature was manually increased, the crickets sang louder due to the manner in which temperature changes affect a cricket’s biology. Fredrikkson is still working with crickets, and he claims to do so in order to broaden people’s perception of insects.

Would you be interested in hearing an orchestral work that includes cricket songs? 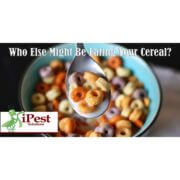 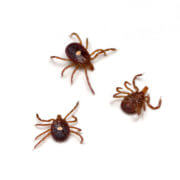 A Formerly Unknown Insect Created A Scare In America Due To Their Mysterious... Rising Temperatures Are Driving Scorpions Into Texas Homes Much To The Horror...
Schedule Your Free Inspection
Scroll to top