COVID19: Yes, we are open! See how we’re preserving the health of our customers and protecting their property.
Volkswagen Company take Action Against Who Paints Beetles

You may think that the topic of insects could not possibly make for an interesting conversation. After all, how many times have you become excited by a news story about the olfactory system of crickets, or the jumping frequency of grasshoppers? Many people do not care to learn anything more about insects than they already know. Lately the media has been releasing stories about edible insects, and sadly, this topic has probably generated more public interest concerning insects than has ever existed before. However, you may be surprised to learn that a variety of court cases involve insects. Obviously, there are court cases that involve landlord and tenant disputes over bed bug infestations; or court cases between homeowners and real estate companies concerning undisclosed termite infestations. These types of cases are frequent, but a recent insect-related legal dispute will surprise you in a few different ways. If you are a fan of the Volkswagen company, then you may be disappointed to learn that they do not want you publicly displaying photographs, works of art, or any other medium that depicts beetles. In this case, the word “beetle” does not just refer to the Volkswagen Beetle, a model of car that the company has produced for several decades; instead this particular case specifically refers to the insect group known as “beetles”. Recently, an artist was forced to hire a lawyer after Volkswagen officials demanded that she remove her artwork from a website. The artwork depicts beetles of many different species.

The car company must have believed that their production of the lovable and classic Volkswagen Beetle gave them ownership over all beetle insects as well. The artist is also a scientist who has studied insects, but she prefers to mix her passion for art and science by painting detailed portraits of certain beetle species. One morning Muddles received a message from Volkswagen that demanded that she remove her beetle paintings from the website known as RedBubble. This website is used by people who are trying to sell their artwork. Apparently, Volkswagen assumed that Muddles was trying to profit off the Volkswagen Beetle. For the next year, and after hiring a lawyer, Muddles continued to receive takedown requests from the car company. She even sent a letter to the company and the website that explained her situation. Eventually, the take down letters turned into apology letters, and Muddles continued her tasteful artistic depictions of dung beetles. 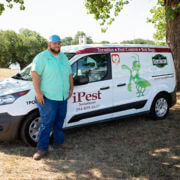 How Do Tarantulas Support Their Body Weight And Dead Prey While Crawling Up Vertical Surfaces?

Past Societies Made Use Of Insects In The Strangest Of Ways

Petco Is Being Accused Of Mistreating And Selling Dangerous Tarantulas

Why Are Turkestan Cockroach Infestations Becoming More Common In Texas Homes, And How Can These Roaches Be Identified?
0 replies

Summer Season Calls for Increased Protective Measures Against Mosquitoes and...
Scroll to top