COVID19: Yes, we are open! See how we’re preserving the health of our customers and protecting their property.
World’s Biggest Arachnid Fossil Beds

When I think of fossils, the creatures that tend to come to mind first are dinosaurs, and I always imagine that they are found in far off, isolated locations in the desert, similar to the one portrayed at the beginning of Jurassic Park. But fossils come in all shapes and sizes, and one of the most important fossil sites for insect and arachnids in the world is actually located right in the good old USA. The large site is also not in the desert, but rather a forest in Colorado. To top things off, you don’t even have to be an archeologist or scientist to visit this famous site. The Florissant Fossil Beds National Monument welcomes all visitors to view this incredible site and even walk through the forest and get up close and personal with some of their oldest fossils in their natural habitat. 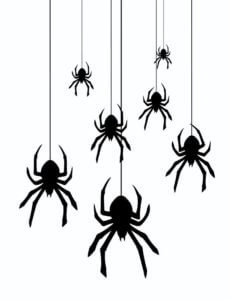 Florissant Fossil Beds National Monument is one of the world’s most diverse and richest fossil sites. You won’t see any giant bones jutting up from the ground. These fossil beds, which were discovered in 1873, contain a whopping 50,000 specimens, including 1,700 animal and plant species. 1,500 of those species are comprised of insects and arachnids, with insects such as spiders, beetles, flies, wasps, cockroaches, aphids, ants, as well as almost all of the species of butterflies in the country. The most popular part of the fossil site is the Ponderosa Loop, and half-mile-long and wheelchair-accessible hike that brings you right to some of their most famous fossils, including the “Big Stump”, the largest petrified redwood in the entire monument, originally reaching over 230 feet in height. That is one giant tree, fossilized or not. It’s like stepping back in time to when dinosaurs and giant insects roamed the Earth, long before we came along.

Have you ever visited a fossil site? What did you see there and what was your experience like?

Which Arthropod Pests Are Most Likely To Invade Homes In Central Texas During The Winter?