There currently exists around 2,000 scorpion species that have been documented, and 221 of these species can be found in Mexico. Of these 221 species in Mexico, only 8 are known to possess venom that is strong enough to kill an adult human. Although it may be hard to believe, but the Durango scorpion is one of these deadly species, and this is the same species being used by women as a decorative fingernail ornament. This means that there exists 213 non-deadly scorpion species native to Mexico that could have been chosen as a fingernail decoration, but for some reason, the deadly Durango scorpion is the species that Mexican women prefer to have glued to their nails as a mark of beauty.

While a mere 8 deadly scorpions may not seem like a high number, it should be known that the rate of deadly scorpion stings is particularly high in Mexico. In 2008, the number of documented scorpion stings reached 53,840 in Mexico, which far outnumbers the rate of scorpion stings that occur in just about every other country on earth. The Durango scorpion is not only one of the most deadly scorpion species in the world, but its venom kills sting victims within a period of 15 short minutes. This is astounding considering that other deadly scorpion stings often take hours to kill an adult human. Given the short amount of time in which this species kills a human, antivenom is often not administered to victims in enough time to save their lives, making the Durango scorpion responsible for a particularly high proportion of scorpion related deaths. Mexican women would really be better off sticking to simple nail polish.

Do you known of any other arachnid species that can kill its bite or sting victims within a matter of minutes? 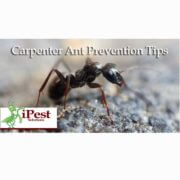 Three Exotic Scorpion Species That You Want To Avoid

Experts Are In Disagreement About The Potential Danger North American Hobo Spiders...
Schedule Your Free Inspection
Scroll to top